Chapter 2 After the Romans to the 17th Century
1.    “Place-names of Cumberland”, Armstrong et al., English Place-name Society, Vol XXI, p 308, 1942-3
2.    E. Birley, ibid, p 98
3.    E. Birley, ibid, p 98
4.    From History & Antiquities of Cumberland Vol 2 (1794-7), Hutchinson
5.    According to long-time resident of Perth Cottage, Ted Hayton, this fragment came from Brigham.
6.    Bishop Nicholson, quoted in Bradbury’s “History of Cockermouth, p. 67,
7.    Ashley Firn, owner at the time reported frequent voices heard in the early hours of the morning but checking round showed nothing.:
8.    “Fate’s Ingenuity”, D. Bradbury, 2006 , a collection of unusual deaths in Cumberland (Cockermouth Library)
9.    From Marion Appleby, resident of Derwenydd next door in 2008- information obtained from Angela and Arnold Robinson now both deceased.
10.     Kerria Cottage: Plainly an early building but much modified. Peculiarly sited with other cottages surrounding it. The two ends of a truss which could be cruck roof support are visible and appear to be quite old, certainly in keeping with a 17thC date. The place is understood to have once housed a ”jerry”, a rough tavern, and in the 1861 census, John Robinson is listed a victualler, the third such in the village, so it may well be his place.[Shorter Oxford English Dictionary]
11.     Westworth Cottages: the two cottages appear to have been acquired in 1824, with references to an earlier deed of title (1777); West Corner remained with Westworth until 1938, Westgarth 1952.
12.     From Marion Appleby, resident of Derwenydd

Chapter 3 The Eighteenth Century
1.    Camp Farm House which is shown as belonging to William Hicks the owner of Westworth in 1763 (see estate map in Chapter 5) apparently remained under the auspices of the Lord of the Manor and was not sold until 1981
2.    Lynwood: unfortunately the deeds earlier than 1917 have been lost in recent times; judicious analysis of census records suggest occupiers back to 1841, but nothing before this.
3.    Bird-in-Hand: for many years a public house. Reputedly built in 1720 (which appears about right), we have a series of victuallers/innkeepers showing in the directories and census returns from 1841 through to 1901 – Humphrey Archer 1841, Thos Goulding 1947, John Moncrief 1858, 1861, Joseph Moncrief 1871, Francis Smith 1881 to 1901.
Derwent Cottage: seemingly predating the building of Derwent Lodge , although Derwent Lodge Cottage next door is either later or a rebuild at a later date. 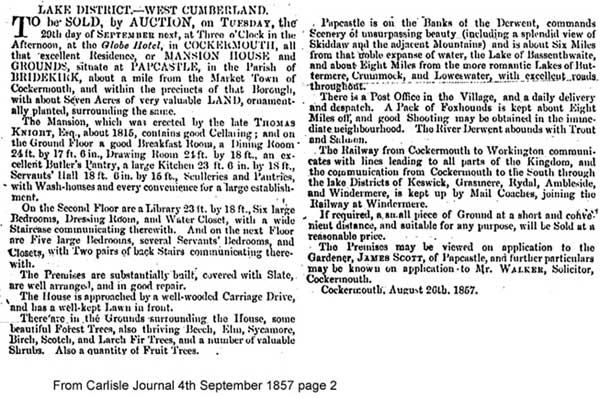 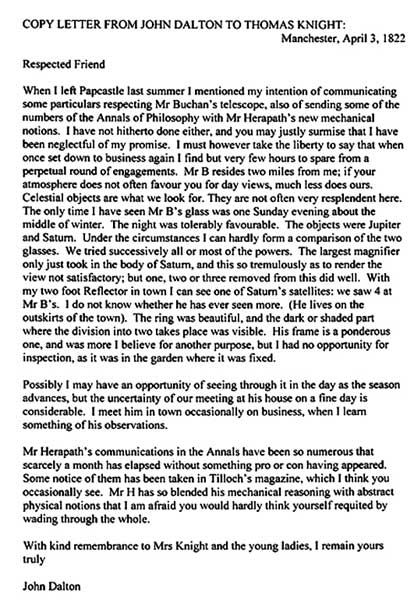 Chapter 10 Parish Institutions
1.    The deeds of the properties leading to the provison of the Reading Room have been transcribed The Origins of the Village Hall Papcastle, Cumbna” 1992, E. C. Apperley. The account book from the beginning and the Minute Book from about 1927 have been deposited in the County Records Office
2.    Eric Apperley, a Village Hall Trustee 1973- 2000; chair 1973-1979, Secretary 1991-2000; resident at 21 The Mount from 1966.
3.    A major contributor to this revival was Sydney Hutchinson, recently retired from being Managing Director of Millers Footwear (in the Derwent Mills factory).
4.    Time Team was a popular archaeological TV programme on Channel 4, using a high-tech-supported approach to a three-day exploration with specific aims never intended as a full project.
5.    Hilary Halliwell co-ordinated a number of activity initiatives: embroidery group (Kathleen Scott-deceased 2003), computing (Eric Apperley); youth club (John Eldred); investment club (Brian Merris). Around the same time, David Bromley became secretary to the trustees and enhanced communications with the publication of the Papcastle & Belle Vue Village Hall Newsletter.
6.    Mike Apperley, brother of Eric; resident at The Hawthorns from 1989.
7.    Programme of activities in 2007-8

8.    The latest four issues of the Newsletter were made available on the village website papcastle.org.uk
9.    Programme of W.I. 1939-40 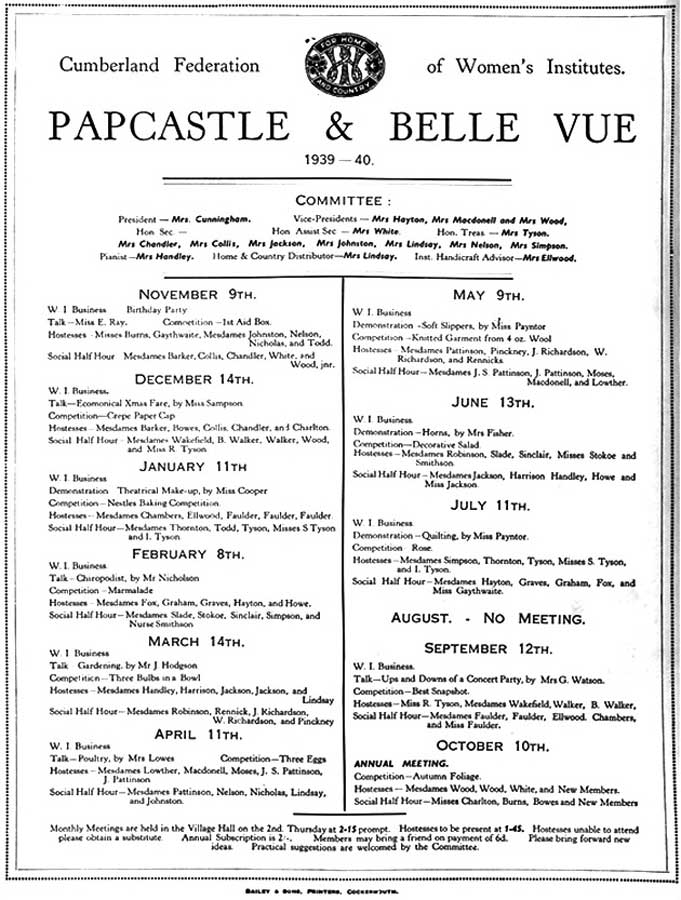 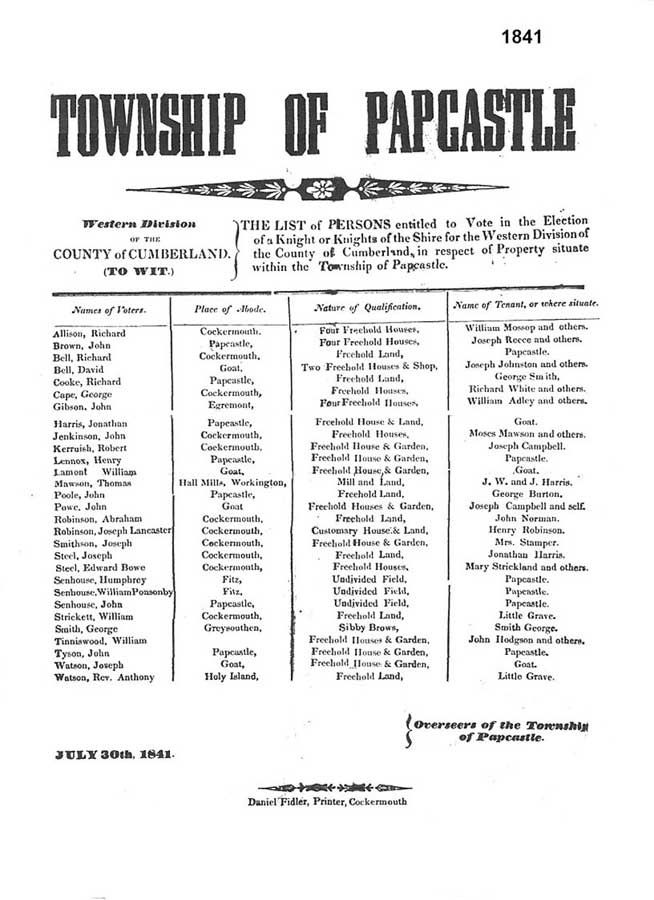 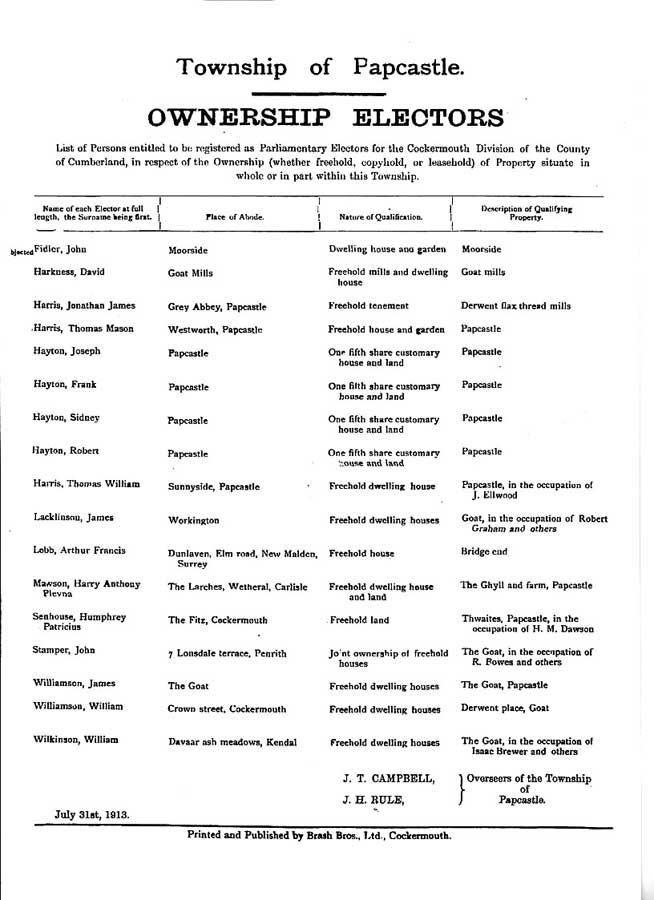 Chapter 13 Footpaths
1.    A full description of the footpaths and maps appears on the village website.

Chapter 14 Charities
1.   Extract from Hutchinson, “The History and Antiquities of Cumberland, originally 1794-7, but this from the revised version about 1845.
“Hospital…There is also an hospital which was endowed by Sir T. Lamplugh about the same time as the school, for “six poor aged persons of the religious poor.” It is endowed with the tithes of Redmain purchased from Leonard Dykes, Esq., of Warthole [Wardhall]. Mrs. Dykes is patroness. As regards “religious poor”, the patroness makes no distinction of sects, if poor, aged, and religiously disposed. The building itself has long since gone to decay, there being no funds for its restoration, and it is not of much consequence, that it is so, as helpless people, recipients of the stipends, live more conveniently with their friends than in an isolated building.”