Home » History » Papcastle History Book » Chapter 2. From the Romans to the 17th Century

Chapter 2. From the Romans to the 17th Century

After the Romans left in AD 410, we have no records for several centuries. The town without a garrison to service would have declined, with at best only a small farming community remaining.
The next clue is in the prevalence of Scandinavian names in the villages of the area “-by” indicating the Viking arrival in the 9th century. With this we can possibly link Papcastle’s name. While there have been suggestions that the first element came from Pippard as Pippard’s castle, the most authoritative source [1] says it can hardly be other than the Old Norse for hermit, papi’. This suggests nothing left but the ruins and a hermit living there.
The first record of the village’s name is in 1260 as Pabecastr’ [1]. In 1215, William de Fortibus was given back the Manor of Cockermouth and was building Cockermouth castle in stone; (in 1221 he was being given permission to hold a market in the town.) It is plain that much of the stone from Derventio found its way there. 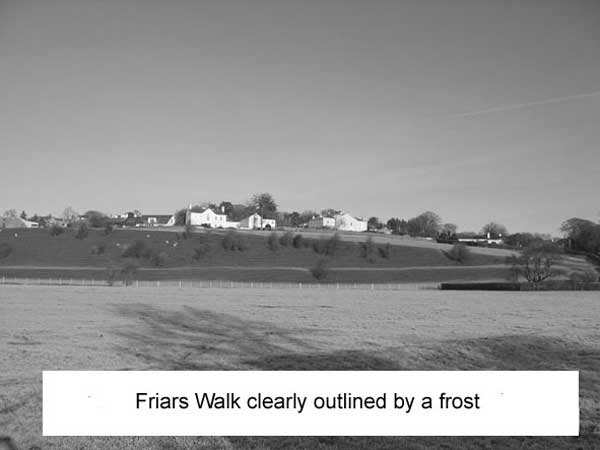 Birley quotes a Canon Bouch who had discovered a reference to a chapel of St Osyth at Papcastle, dated 1492/3 [2]; it seems highly possible that the well-known font at Bridekirk church did in fact come from Papcastle. [3] 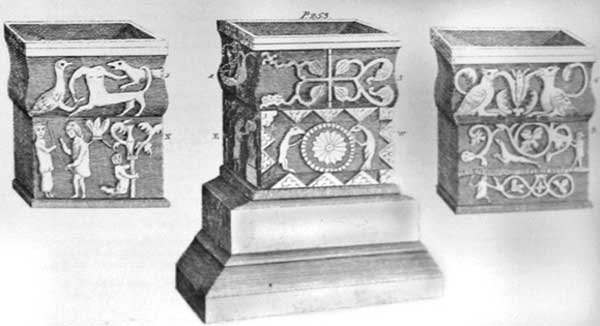 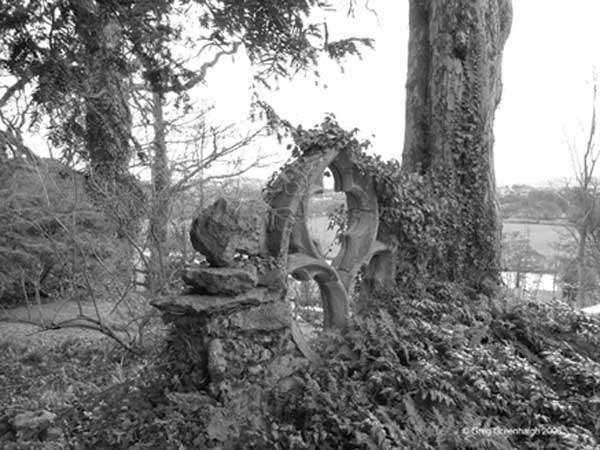 The remnant of a stone window with tracery in the grounds of Cedar Lodge however appears to be part of a Victorian folly. [5]

Any “village” in Papcastle would have consisted largely of insubstantial dwellings, probably wattle and daub. It was not until the 17th century that we begin to see any houses built of stone, although it is possible that there were earlier ones which were replaced or incorporated into later developments. (note: Cockermouth had many substantial dwellings of stone by 1685.) [6]

The Older Houses of Papcastle

A number of residents have some of the earlier deeds of their properties and have allowed these to be examined and summarised. To make sense of them however, one needs to track back on the history of land ownership (which included any buildings on that land.) So a short history lesson is advisable. [see Appendix 2 ]

The developments of the 16th and 17th centuries would reflect the lessening of fears of Scottish raids after the union of the crowns in 1603. But until the Civil War was over, England was only beginning to grow as a great trading nation; wealth from this would take time to gravitate through the country. So it is no surprise to find the following seem to be the earliest substantial houses (where they are listed buildings, the dating quoted is taken from English Heritage Schedule Statements [EH]) Bear in mind that these, as well as others may well have stood where earlier buildings have been demolished to make way for later developments. 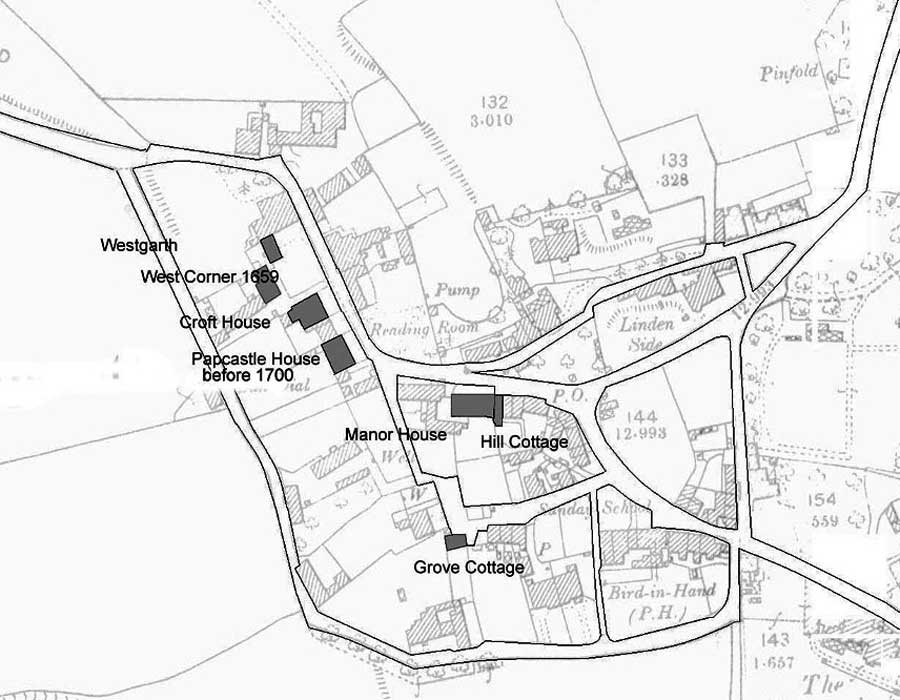 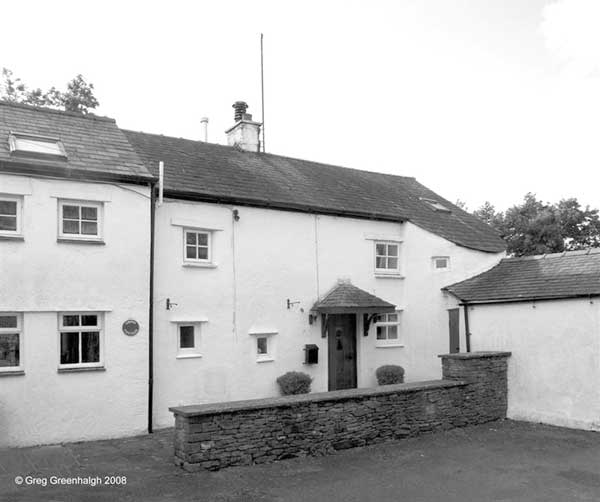 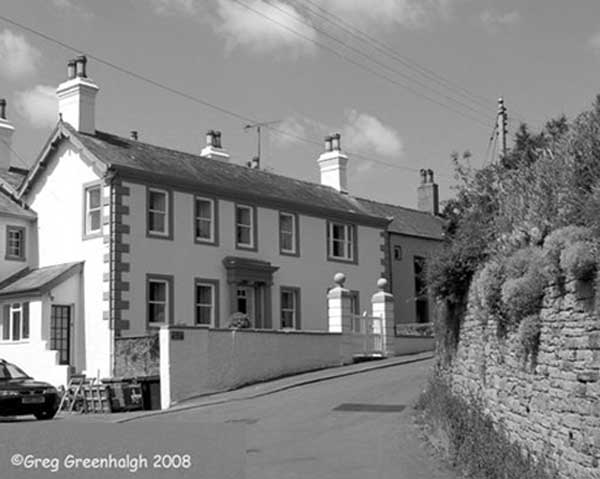 (mid or late 18th C with 19th C alterations/additions [EH], but something here in existence before 1700 [Deeds] 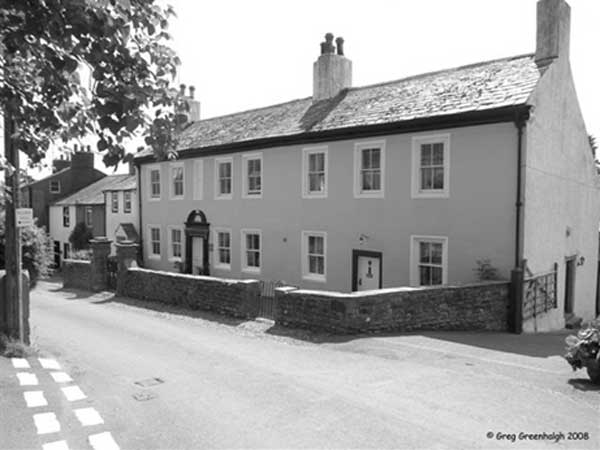 late 17th C or early 18th C divided into two [EH]
A piece of history – “June 1742 about 2 pm Jane Trohear, wife of Thomas Trohear, gentleman of Papcastle, needed to go down into the cellar. On the stairs, she slipped and the fall fractured her skull. She was dead before anyone could get to her.”[8] 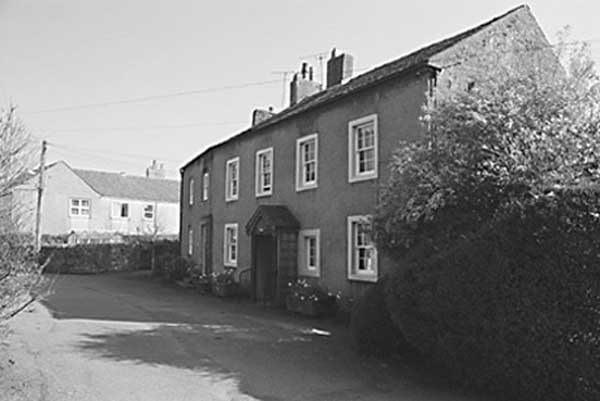 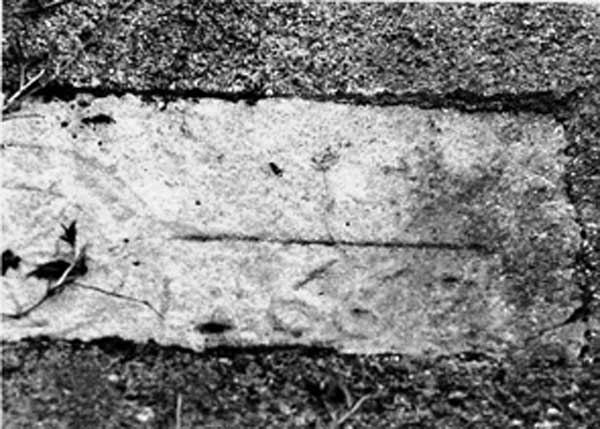 Hill Cottage (not listed, no picture),
Living Room: There would have been a large kitchen range for cooking, hot water and heating. Spice or salt cupboard is still to the left of the chimney breast. Depth of cupboard gives an idea of the thickness of what would have been the outside wall. Large ceiling beam looks like a ship’s timber. Probably had a slate floor- now used for crazy paving in the garden.
Entrance: as from what is now Derwenydd. It led directly into the living room from right of chimney breast. Another door on opposite wall, near the present front door, led into the Manor House.
A door opens onto a staircase, which I think was circular and on the outside of the house (like that of Grove Cottage). Stair leads up to a large bedroom and a small room which is now a bathroom. A door leads down to the kitchen passing the bottom of the circular stair. The stair originally went below ground level to a “cold store”. There is an aperture here, which could have been a window providing light.
Extension: I think the present kitchen with bathroom above is an extension to the original house.
The passage was later (1890?) infilled as Derwenydd (cottage) next door. An indoors toilet upstairs there was not installed until 1983. [9] 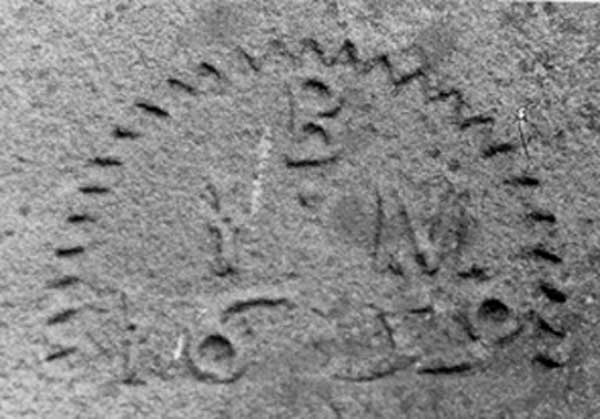 There were two cottages included in earlier Westworth transactions (see Chap 3) [11] one now called Westgarth which looks distinctly older and probably 17th century in origin; this is said to have been the Westworth laundry at one stage and West Corner, showing a date stone for 1659 but now with exterior very much modified. There were once two staircases, one a stone one. [12]